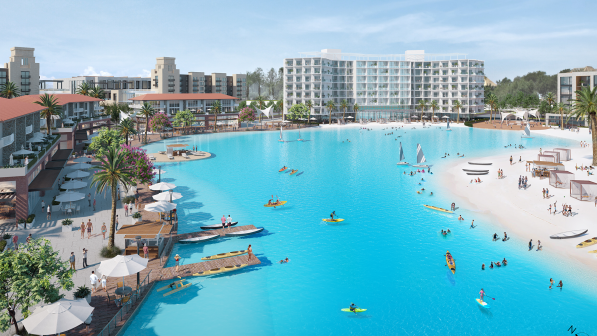 The City of Leander is expected to grow in a major way over the next couple of decades, as new developments are being announced often, each including residential, retail and office space for current and future residents. One of the most notable projects, just announced in October, is Leander Springs, a project expected to be valued at $1 billion and bring in a variety of restaurants, retail, apartments and a resort hotel, all centered around a four-acre lagoon.

“This is the type of project that doesn’t come along very often,” said Leander Mayor Troy Hill at a press conference announcing the project. “We don’t feel like there’s anything comparable in central Texas. We truly believe at some point in the future when this is up and the Northline development is finished, this will be the place in central Texas where people want to live. It’s an extremely exciting time.”

The Northline development, currently under construction along Highway 183 and 183A, is another major project taking place in Leander. It broke ground in March 2020, and full buildout is expected to take 10 to 15 years. Upon completion, the downtown development will have 300,000 square feet of retail space; 700,000 square feet of office space; 2,000 apartments and 300 townhomes.

The public access lagoon, which will be powered by Crystal Lagoons technology and surrounded by 10 acres of board and related amenities, will be the first in the nation planned to be open to the general public. The lagoon will also serve as the centerpiece for more than one million square feet of commercial development including a full-service hotel and conference center, according to a press release from the City of Leander. In addition, up to 1,600 apartments are proposed for the project.

“From the city’s perspective it’s a no-lose proposition,” Hill said. “It’s all performance based. We have phases for commercial and residential. The lagoon will be the first thing built, and then residential and commercial will come after that… It will be zero [cost to the tax payer].”

Leander Springs CFO Andrey Derevianko said the plan is to break ground on the project as early as June 2021. The project will be completed in six phases, which will take 12 to 15 years to complete, he added. Developers will first build the infrastructure needed to support the property, like roads and utilities, and then construction on buildings and the crystalline lagoon is planned for 2022.

Derevianko said Leander Springs’ lagoon will be 8 feet deep at its deepest point and will be surrounded by white sand beaches. It will allow for visitors to swim, paddleboard, kayak and more. Well water located on the property will be used to fill the lagoon, and the Crystal Lagoons technology will make the lagoon 50 times more efficient, he added.

According to a press release from the City of Leander, Crystal Lagoons is a U.S. company that has developed and patented technology that allows crystalline lagoons of unlimited sizes to be built and maintained at low costs. It enables low water consumption and is expected to consume less than 50 percent of the water required to maintain a city park of equivalent size.

“For the foreseeable future, customers want to be outside,” Hill said. “This fits exactly what we believe consumers are looking for.”

Looking to move to Leander to take advantage of these new amenities? Don’t hesitate to reach out to Andrea Curry, residential and commercial Realtor® with JB Goodwin. Ms. Curry has more than 13 years of experience serving the Austin and Central Texas areas. Call (512) 547-0823 today!